The presentation ”Application of LWD Acoustic Dispersive Data Processing for High-Quality Shear Slowness Logs in Slow Formations” will be given by Taher Kortam, from Halliburton.

For conventional acoustic monopole sources in a logging-while-drilling (LWD) or wireline environment, shear slowness logs can be hard to obtain, particularly in slow formations where direct refracted shear-wave arrivals are often absent. For LWD dipole sources, formation flexural waves are often coupled with the lowest order of tool flexural waves, so the flexural mode does not approach shear wave slowness at low frequencies. A dispersion correction is required to extract shear slowness from LWD dipole data. Instead, quadrupole firing, which generates screw waves, is considered the best LWD excitation mode for shear measurement. A fundamental feature of screw waves in an LWD environment is that their non-leaky cutoff frequency slowness is the formation shear slowness. However, slowness data near the cutoff frequency of LWD screw waves are often influenced by noise or the presence of other modes because of low excitation amplitude. 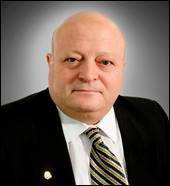